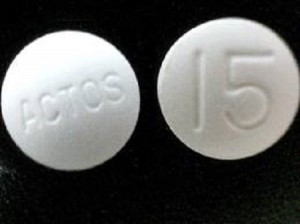 According to a recent announcement by Actos manufacturer Takeda Pharmaceuticals, over 96 percent of the eligible claimants have agreed to take part in the Actos product liability resolution program. Through the program, over 9,000 plaintiffs may receive compensation for their injuries without the uncertainty that exists in continued litigation.

With over 10,000 Actos bladder cancer lawsuits pending, Takeda had been pressing for a wide-spread settlement via its proposed resolution program. The terms required at least 95 percent participation from claimants in order to go forward. Because that threshold has now been met, Takeda will put a $2.37 billion dollar payment into the settlement fund. If the participation rate reaches 97 percent, Takeda will increase its settlement fund payment to $2.4 billion.

Takeda North America and Eli Lilly have manufactured and distributed Actos in the United States for the past 15 years. Actos, the brand name for pioglitazone, has been widely prescribed to treat Type II diabetes; it works by increasing the body’s sensitivity to the insulin it already makes.

Actos users were put on notice of risks related to the medication in 2011 when the Federal Drug Administration (FDA) warned that taking the drug long-term could significantly increase the risk of bladder cancer. According to one study, taking Actos for more than two years doubled a person’s chances of developing bladder cancer. Another study showed that taking it for any length of time led to an 83% increase in risk for bladder cancer. Though the manufacturer has denied any cancer risk caused by the drug, the FDA has required a bladder cancer warning to Actos packaging.

Actos victims across the country filed lawsuits to hold the makers accountable for their bladder cancer. Generally, the plaintiffs’ complaints asserted that Takeda and Eli Lilly violated federal regulations governing the testing, marketing, reporting, and labelling of the medication. They raised warranty claims and asserted claims for fraudulent concealment, negligence, and unfair trade practices.

Actos lawsuits were filed across both state and federal courts; more than 3,000 of the federal caseswere consolidated in the U.S. District Court for the Western District of Louisiana. A handful of those lawsuits went to trial, with mixed results. While the manufacturers received defense verdicts in several cases, the plaintiffs have won significant awards in others. For example, the first Actos trial ended in a $9 billion jury verdict for the plaintiff. The court later reduced the award to $36.8 million. In addition to wrapping up claims still in the pretrial stages, the resolution program will also settle seven lawsuits that have been appealed.

The resolution program almost failed – last month, only 75% of eligible claimants had opted in by the original August deadline. However, the terms allowed Takeda to extend the deadline to September 11 by which time the 95% participation milestone was met. Experts surmised that some plaintiffs would hesitate to join the mass settlement because of the large verdicts that several plaintiffs received. However, the resolution program is expected to net each Actos plaintiff approximately $250,000.