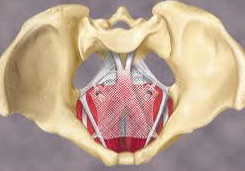 The Food and Drug Administration has issued a new warning about a medical device many say never should have been implanted in millions of women. In January, the FDA re-classified transvaginal mesh, a small piece of synthetic material similar to a screen door that’s implanted via the vagina, to help treat women who suffer from incontinence or shifting pelvic organs, a condition more common with age and after multiple child births.

Also called TVM, pelvic mesh, or a bladder sling, the FDA now considers the device “high risk,” rather than moderate risk because of thousands of complaints women have reported that the mesh becomes embedded in their bodies, causing health problems including infection, chronic pain, and painful sex.

This type of surgical mesh was introduced in the 50’s to fix hernias via abdominal surgery. But in 2002, the FDA cleared mesh for use in repairs of POP. That’s a condition where weak pelvic muscles allow organs like the bladder or uterus to move out of place. The FDA is now requiring manufacturers who want to continue selling mesh for prolapse to submit new data showing the mesh is safe and effective for the repair of POP.

Over the past few years—using mesh became popular as a way to fix incontinence too, because the procedure doesn’t require surgery; instead doctors go through the vagina.

That’s why Bay Area women Kerry Hanchai and Rita Morrison had it implanted. Both say they were told by their doctors it would be a simple procedure, minimally invasive, and wouldn’t require a lengthy hospital stay.

But both women say the mesh left them with debilitating pain and infections within months.

And at first it seemed to work.

“It was simple, it was quick, I went into the hospital the next day I came home and was back up on my feet,” Hanchai said. “It’s a nightmare, I had it put in in 2012, and since then I’ve had 5 to 6 UTIs (urinary tract infections) a year.”

Morrison said she used numbing medicine constantly, “I literally sat in the bathtub all night long sometimes because it was so painful.”

Bay Area resident Ronda Rayburn was also implanted with mesh. She said her doctor advised her to try TVM for organ prolapse. But like Hanchai and Morrison, she said the mesh caused more pain and problems than her original condition. And all three women told NBC Bay Area the risks and complications from mesh were never explained to them.

“It feels just like a, a screen, you know from a window, that’s on my insides and cutting me from the inside,” Rayburn said. A pain so debilitating, she’s speaking out to warn other women. All three say they want the FDA to ban TVM and take it off the market immediately.

“Just get rid of it. Why would you even think about putting it in another person?” asked Rayburn.

TVM has been sold to millions of women for years, and resulted in thousands of complaints to the FDA about severe health problems including “infection, pain, urinary problems, and recurrence of prolapse and/or incontinence.” The FDA notes women also reported vaginal scarring and mesh erosion that led to “a significant decrease in patient quality of life due to discomfort and pain,” including extreme pain during sex.

“If this was a bunch of men who couldn’t use their reproductive organs, believe me there’d be more noise about it,” said Jennifer Stanich Banmiller, CEO of Wingtip Communications. Her law firm marketing company runs a call center that takes calls from women around the country, around the clock to explain their legal and medical options.

“The pharmaceutical companies are making money off this mesh that you can buy for 25$ but they’re selling them for about $800 to $3000 so it’s so lucrative,” Stanich Banmiller said, “What’s a woman worth? What’s a vagina worth?”

She estimates roughly two million women have been implanted with mesh, which is still on the market.

But thousands of women are now turning to surgeons like Dr. Dionysios Veronikis in St. Louis. He’s performed more than 1,000 mesh removal surgeries since 1994, and said he’s seen a rapid increase in patients over the past 5 years. Women have travelled from as far as Australia to have the mesh removed, a process some doctors have described as taking rebar out of concrete.

He called this “the darkest chapter in gynecologic surgery,” and urges women who are suffering to seek treatment from experienced surgeons.

“I don’t want them live in hopelessness, but they need to seek out physicians that have expertise in taking care of these mesh issues,” Veronikis said.

Back in 2011, Bay Area surgeon Dr. Tom Margolis testified before the FDA, urging the agency to take “firm action” to save women from further suffering. His testimony said mesh “produces an unacceptably high and clearly avoidable plethora of life-ruining complications in women, and there are numerous safer surgical alternatives with superior success rates.”

The FDA has issued two warnings about transvaginal mesh since 2008:

Some of the biggest manufacturers, including Johnson & Johnson, Bard, and Boston Scientific have defended their products in court, contending these devices have been rigorously tested and proven to help women repair prolapse. They argue their products are FDA-approved and the agency has not requested they pull them from the market.

In a statement, Ethicon, a subsidiary of Johnson & Johnson, said it “empathizes with all women suffering from pelvic organ prolapse and stress urinary incontinence, conditions that can be serious and debilitating, and we are always concerned when a patient experiences adverse medical events. Ethicon is committed to advancing the standard of care for women’s health and will continue to offer safe and effective treatment options for women suffering from pelvic disorders. We have always made patient safety a top priority and will continue to do so.”

The company said it is defending itself in ongoing litigation but “confident the evidence will show that Ethicon acted appropriately and responsibly in the research, development and marketing of its pelvic mesh products.”

The company said it discontinued selling transvaginal mesh for use in POP repairs in June 2012, but that its mesh products are still being used for stress urinary incontinence procedures.

The continued use of mesh frustrates women like Hanchai, Morrison, and Rayburn. They say the FDA’s warnings simply aren’t enough to protect women, or inform them, about the risks from transvaginal mesh, and they want the product completely banned.

She and Rayburn are now suing the makers of their devices.

“They should pay the medical bills, they should help the women out that they injured,” Hanchai said.

An estimated 100 thousand women are now part of dozens of lawsuits against mesh makers. Under the FDA’s current rules—mesh will remain on the market until 2019 listed as a high risk medical device.