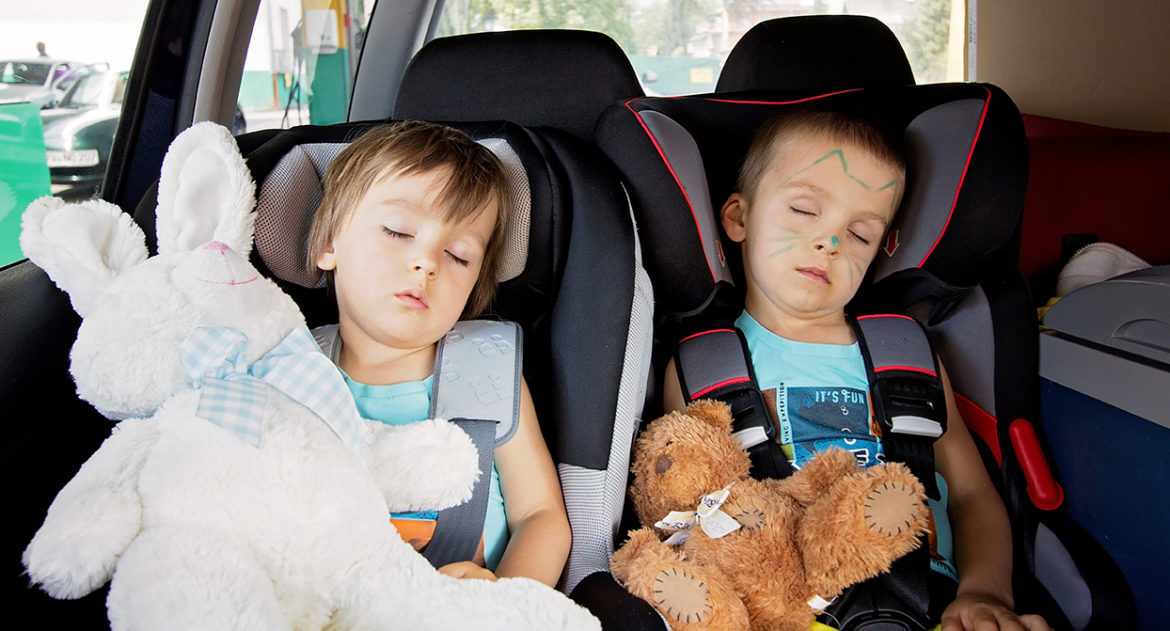 It is a typical summer day… you are coming from work, running to the grocery store, picking up little Susie from day care, stopping by the bank, coming home to unload the groceries, yet Susie fell asleep and was quite as a mouse and you put on dinner and completely forgot she was out there. This is a common occurrence in America, this is also a topic that needs to get the attention it deserves. There are preventive steps that you can make as a parent to make sure this never happens.

According to the National Highway Traffic Safety Administration, hot vehicles are the primary non-crash, vehicle-related killer of children under 14. Every year children die of heatstroke while unattended in vehicles.  Since 1998, 619 children have died in vehicles from heat stroke in the USA. More than 70% of heat stroke deaths occur in children younger than age 2. More than half of heat stroke deaths happen because the adult responsible forgot the child was in the car. Roughly 30% of heat stroke deaths occur because the child got in the car without a caregiver knowing and couldn’t get out. About 20% of deaths occur because a caregiver intentionally left the child in the car. Cars heat up quickly. A vehicle can heat up 20 degrees in 10 minutes. Cracking the windows or not parking in direct sunlight does not make a car significantly cooler. Heat stroke begins when the body passes 104 degrees and the body temperatures of children can increase three to five times faster than adults. Reaching an internal temperature of 107 degrees can be deadly. With these statistics out there it raises the question, why is this still a problem? Well Looks like things could be changing soon.

Congress may require alerts on new cars to protect children from being left in hot cars. This bill that has been introduced is called the Hot Car Act. Congress hopes to end child hot car deaths by requiring automakers to install warning systems in new cars. Lawmakers introduced the Hot Cars Act, which would require car manufacturers to equip vehicles with a system that alerts the driver if the car is turned off while a passenger is still in the back seat. The bill would move the nation one step further to getting inexpensive technology in every car on the road with the ultimate goal of saving the lives of children.

Also the amount of deaths that occur each year from leaving animals in the car are in the thousands. Heat stroke can permanently damage a pet’s health and at a rapid pace.  The change of only a few degrees to a dog’s normal body temperature can quickly result in coma, organ dysfunction, permanent brain damage or even death. The Hot Care Act can also be used for your animal. Your animals death is 100% preventable. You can leave your dogs at home, if you see a dog in a hot car, call the police. Remember that temperatures can increase 10 degrees every 10-30 minutes.

What if you don’t have the latest vehicle that has the alarm? Here are a few things you can do:

As Americans our lives get hectic, but hopefully with the Hot Car Act passing, the statistics of children and animal deaths with lessen.

administrator
Whose Fault is it Anyways? (Prev Entry)
(Next Entry) Icy Slip & Falls